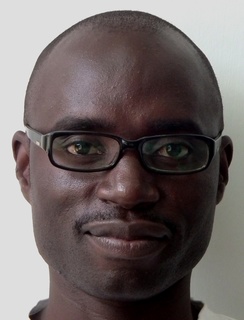 I work as a Senior Community Liaison Officer at Malawi Liverpool Wellcome Trust. After working in several studies as a Fieldworker, I joined the Science Communication department in 2011 and am responsible for Public/ Community Engagement which involves interacting with a broad range of audiences such as Community leaders, Government workers from different sectors, students and communities from both rural and urban settings.

Fieldworkers (FW) face divergent challenges as they are involved in the conduct of medical research. They face tensions between their professional expectations to ensure they adhere to ethical guidelines and to be responsive to the moral issues raised by community members. FW need to be offered great support so that they can carry out their responsibilities according to the expected standards. Malawi Liverpool Wellcome Trust employs FW who are trained through a general orientation in the structure of the organization, and receive specific protocol training for a specific study. This study will address the current lack of structure to support FW in the conduct of ethical research. The main aim of the study is to identify ethical challenges faced by FW as they conduct medical research and to, ultimately, improve ethical research practice among FW at the institution. We will observe FW interactions with research participants and community members to have an in-depth understanding of the challenges faced. In-depth Interviews will also be done with FW, Study Coordinators (SC) and Principal Investigators (PI). Findings from this study will improve the conduct of ethical research among FW in Malawi.

This is a very useful project for MLW Elvis. Over the years the number of Field workers at MLW has been growing steadily and no doubt this project comes at the right time. Looking forward to rendering support wherever and whenever needed.  Well done and congratulations once again for successfully securing the grant to carry out this project.

Thank you so much Rodrick, a new chapter has just began at MLW and your support we really be needed in this project considering that you work closely with Fieldworkers in your project and also within  community engagement.

Congrats Elvis! Great project you've undertaken to support MLW field workers. As you work on the ethical submission, I'm happy to give some tips with the experience that I've gone through with LSTM REC and COMREC.

Excellent Elvis and Congratulations for coming this far....This is extremely exciting to me. I can't wait to hear more about the project outcomes. I am sure there is a lot we can learn from each other. Please feel free to contact me directly if there is anything i can do to assist.

Thank you so much Neema and Francis, I was about to mention it to you as well that you won't need to get tired whenever i drop you something. You too have vast experience which will help me to get to another level. Francis it's true that there is a lot to learn from you because you have advanced your research in the same field so am counting on you. Many thank once again.

Congratulations Elvis! You really deserve it!

Thank you Mphatso, your assistance has  contributed to the success of this project at this phase.