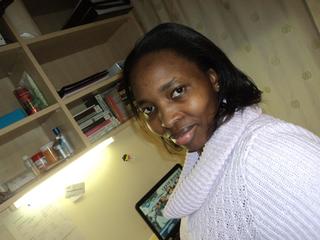 I am a social scientist in HIV Key Population Studies in the KEMRI-Wellcome Trust Research Programme in Kilifi, Kenya. I hold a bachelor’s degree in Anthropology and studied for my MSc in Public Health – Health Promotion and MA in Peacebuilding at Leeds Beckett University and Coventry University respectively. My research interests are in ethics of HIV prevention research as well as social science research methodology. I have been involved in HIV early diagnosis research and health systems strengthening for HIV testing, care and treatment for key populations. My previous work involved HIV prevention interventions. Moving forward I would be interested in intersecting HIV research and practice.

The main aim of the study is to explore people’s perspectives on involving Men who have Sex with other Men (MSM) in HIV prevention research and learn from the stakeholders how Facilitated Film Viewings (FFV) as an approach can be integrated in the existing community engagement strategies. The project is based on analyzing FFV with varied stakeholders on a film “Facing Our Fears”. The film captures the KEMRI-Clinic attack in 2010 and interviews with attack leaders and victims in 2010 and in 2013 together with various reflections of community members on MSM research.

Congratulations Bernadette. It's a great project and I'm really looking forward to hearing more about it as it progresses!

Hi Bernadette, congratulations. I'd be very interested to hear how this comes along.  I'm working with some others, on ethical issues around participatory media in engagement and hope you can join our conversations.

This is great news Bernadette, congratulations for this success, welcome on board.

Congratulations Bernadette and welcome to the group. Looking forward to hear more from your project.

Comment by Ncengani Abigail on September 22, 2015 at 12:07
Great work B, congratulations with your project