Every year Malawi Liverpool Wellcome Trust (MLW) recruits new staff to join the various projects within the programme, a good percentage of these staff is dominated by Fieldworkers (FWs). In 2015 MLW had about 87 FWs, over the years we have seen the number increasing up to 130. Principal Investigators (PI) manage their respective FWs.  The increasing number drew our attention to embark on a small bursary project which aimed at exploring experiences of the FWs and how we can improve ethical practice within MLW. We also wanted to propose a strategy which can be used to provide systematic support to this group of staff.

We designed a qualitative study using Observations (targeting FWs) and in-depth interviews (targeting FWs Study Coordinators (SC) and Principal Investigators (PIs).  8 studies recruiting participants in multiple settings and designs; hospital and in the community, Rural and Urban, Observational and intervention studies were sampled out among numerous studies at MLW.

I joined the FWs in their day to day work, learning from their experience, we also did interviews to have an in-depth understanding of the ethical issues surrounding their work. The topics guides were drafted in line with the study objectives and interaction I had with respective FWs. We also interviewed PIs and Study Coordinators (SC) who managed them in the studies. Our interest was to find out how they support FWs to address ethical issues they face in their work, the existing communication channels between PIs/SC and FWs and how MLW can move forward to support FWs.

Some interesting issues came up, one overarching theme was the struggle the FWs face to translate ethical principles in to practice in their day work. The FWs faced dilemma to maintain privacy and confidentiality of participants, to achieve a thorough consenting process, discussing general information about MLW and its research work and handling refusals. The setting where studies were conducted paused a lot of challenges for the FWs to adhere to a standard practice, among them were illiteracy levels, knowledge about research, targets set by PIs contributed to the issues arising.

We plan to have a workshop with all the FWs who were involved to present our findings and also to let them have a say on the issues that came up. According to literature, FWs are not given a platform to comment on the dilemmas they face; we would therefore like to have their harmonized opinion on these findings and also how they think these issues can be dealt with.

We are currently drafting papers which will be published, we also aim at drafting a strategy which will be proposed to MLW to guide the support FWs need to  eventually achieve standard practice within the institution.

Dear Elvis, Thank you for this thorough overview and report. It's wonderful to hear about all the great work you've done on this project, and the results are very interesting too. It sounds like you really managed to capture the range of challenges faced by FWs. The workshop is a great idea - can you please let us know how it goes? I think it will probably raise a lot of interesting points. Please also keep us updated on your publications and the strategy you plan to draft. I hope you will share it beyond MLW, as I'm sure there are other MOPs who would be interested to learn from your experience, and implement some of your strategies. It's an incredible amount of work - well done to you and your team!

Thank you for sharing the overview of your project. As I consider myself a field worker and have faced many challenges in my working experience, I am very much interested in your paper! I am sure it will be interesting and I look forward to reading it.

Great work! Many thanks for sharing this Elvis.

Thanks so much for this update. It is a brilliant and very timely research project. It sounds like it has gone really well and I can't wait to hear about the findings. Do let us know how the workshop goes! 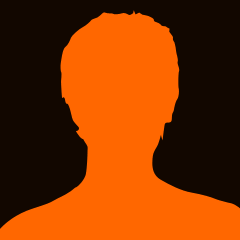 Thank you for the update on your project. It sounds like your project revealed some very interesting insights regarding the ethical issues FW are faced with. Good luck with the workshop, and I very much look forward to reading your paper when it comes out.